How to be Sugar-Free and My New Favourite Sweetener: Xylitol 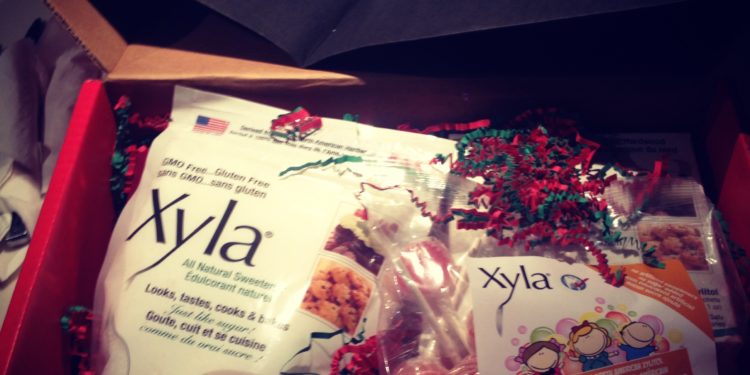 Today I wanted to talk a bit about sugar. Over the past several years, I have drastically cut down on my sugar consumption. After a serious surgery in 2007, I continued to struggle for months afterwards with terrible stomach pain and headaches…I was living in a fog. Test after test was done on me with no results to help me find out what was wrong. I finally went to a naturopath and he told me that my body was being overrun by candida yeast. The process to rid the body of this yeast is long, and involves a special diet and many supplements. No sugar is to be consumed. Even fruit is limited to only one serving per day. No yeast can be consumed either. Bye-bye bread! Having said that, the hard work is so worth it, and the results are felt quickly. The fog lifted and I could eat and enjoy life normally again!

For a couple years I continued to follow a less-strict version of my anti-candida diet until I was in cooking school. Pastry class really took me off track. We were creating several dishes per day just loaded with sugar and white flour. And I was trying all of them. When cooking school ended, I never ever wanted to consume that much sugar again. Desserts are delicious but I am most often left feeling terrible afterwards, and it just isn’t worth it. The extra pounds weren’t worth it either- even though I continued to work out through the duration of school, it’s pretty hard to run/spin/lift off the calories of a zillion French cakes and pastries a day!

I now avoid white sugar almost all the time. Even organic unrefined sugar is used only very rarely for me…like when I bake a batch of Christmas sugar cookies or something. There are so many alternatives to regular sugar out there, I can still enjoy a special treat without harming my body. I want to talk about a few of those options today.

Honey: Raw honey is one of my most commonly used sweeteners. I learned this year that you must be careful when buying raw unpasturized honey. Some companies can heat their honey high above pasturization temperatures and then call it unpasturized, because it has gone so far beyond pasturized. Another thing you must be careful of is that companies can cut honey with a sugar syrup or corn syrup. The best way to find raw honey is to look local. Find a local beekeeper and talk to them, they will be able to tell you all about their bees, their flavours of honey, their organic policies, etc. Also, something to remember is that getting honey to be certified organic is an extremely expensive process. Farmers actually have to gaurantee that every plant the bees p0llinate and forage at within 5km is organic. If most farms around the bees are organic, I would trust the farmers judgement in how organic/non-organic the honey is. We have a wonderful place where I’ve bought honey before and there were all kinds of flavours from blackberry to pumpkin…all dependent on which plants the bees pollinate at. How cool is that! I think of raw honey as a superfood. It’s been used for thousands of years as a healing product and a food. It’s been seen in cave paintings, and it’s said honey was the nectar of the gods of Olympus to help them achieve immortality.

Dates: I use Medjool dates in errrrrythang! Dates are my top choice for using in smoothies- I add one or two no matter what ingredients I’m using. Dates are also a must-have for my raw desserts. They act as a sugar, but also help bind everything together. They are a source of quick energy and are rich in fibre and many vitamins and minerals.

Coconut Sugar: Coconut sugar is a great alternative to sugar in baked desserts, and raw desserts. Although it is not technically raw, as it is made from the sap of that coconut palm, and it has to be boiled and then dehydrated. I also use it in my coffee in the morning. Coconut sugar is lower on the glycemic scale, so it won’t spike your blood sugar and then leave you to crash. It does contain some minerals too, like iron, and potassium.

Coconut Syrup: With many of the same properties as coconut sugar, like being lower on the glycemic index, and containing several minerals, coconut syrup is simply processed in a different way. Sometimes referred to as coconut nectar, coconut syrup is made by tapping coconut tree blossoms. I use this sweetener in raw desserts, and sometimes in place of maple syrup.

Maple Syrup: Being Canadian, I loooove my maple syrup. I use it on top of oatmeal, pancakes, waffles, in baked and raw desserts and cookies, and in marinades and sauces. I haven’t quite gotten to the point where I top my spaghetti with it but don’t hold that against me. Maple syrup has fewer calories and a higher concentration of minerals than honey, too.

Xylitol: My new favourite sweetener! I have been hearing about xylitol for the past couple of years but it sounds like such a weird name, I was sure it had to be a chemical! It turns out, it’s a completely natural sweetener and it’s very popular in Europe…we are just a bit behind!! At my most recent job, we used xylitol in many of our ‘raw’ drinks. I bought a bag for myself and have been experimenting with it. I was so pleased when I came home one day and a completely awesome package was waiting for me from Xyla Xylitol. I received so many treats, many of which I knew could be made with xylitol such as mints and lollipops, but a few that I was surprised about- like jam! I also got a box of little travel packets…they look like a little packet of sugar, which I think is perfect for when you are out and want a coffee drink or something but don’t want any sugar. I will definitely be carrying a few of these in my purse. Xylitol has less calories than sugar and it is low glycemic/diabetic friendly. It has anti-aging properties and prevents osteoporosis and reverses bone loss. It is also said that it inhibits harmful yeast– how I wish I knew about this years ago!! Another super cool thing about xylitol is that it inhibits plaque and dental cavities by up to 80%. I actually use a xylitol toothpaste! One very important thing to look for when buying xylitol is it’s source. Xyla is extracted from North American grown hardwood trees. Some xylitols are derived from corn and made in China and often finished with other additives. Xylitol can be used one-to-one in any recipe requiring sugar. 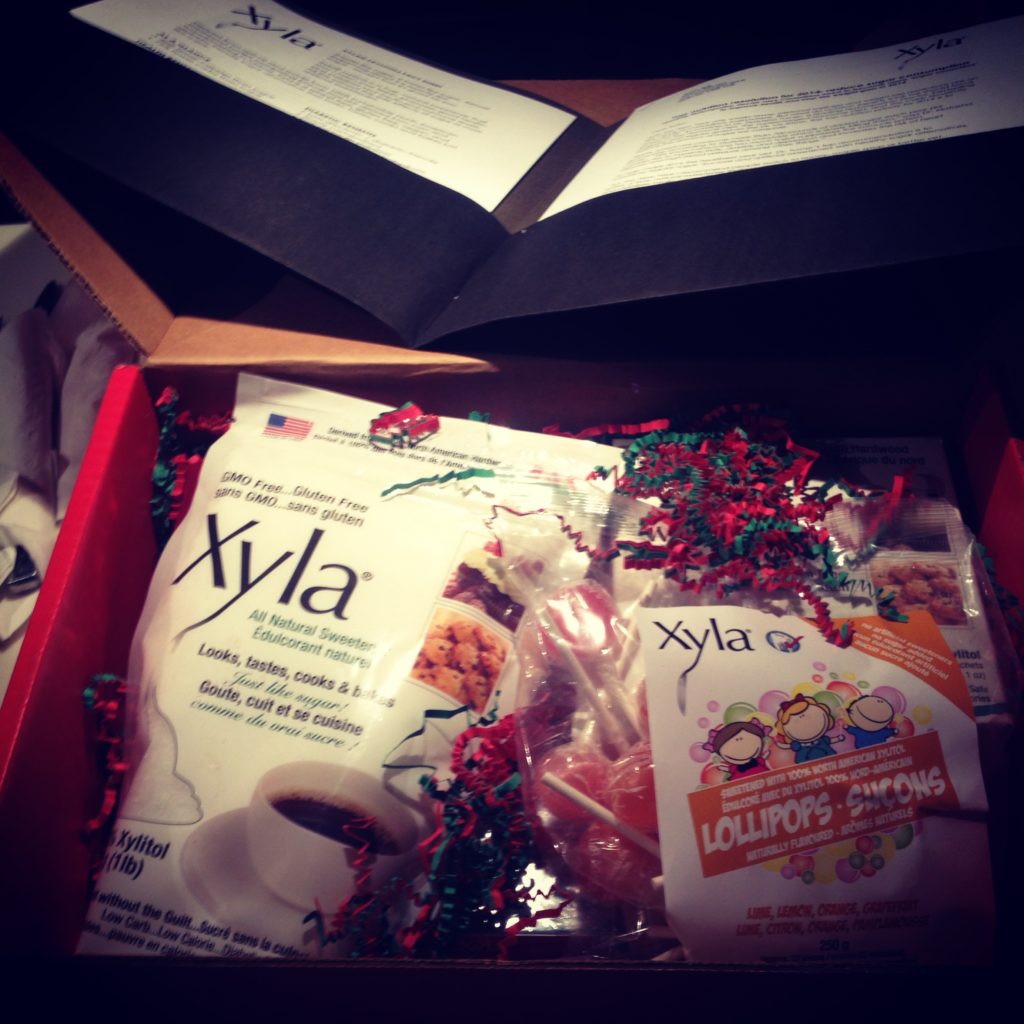 So, I hope this information can help you out in removing white sugar from your diet. It’s something I truly believe everyone should do. I should also note that I keep even these sweeteners to a minimum in my diet, too, it’s not as if I am consuming tons of these each day. Let me know if you have any experiences with these sweeteners. Which one is your favourite? Do you have any questions? Ask away!