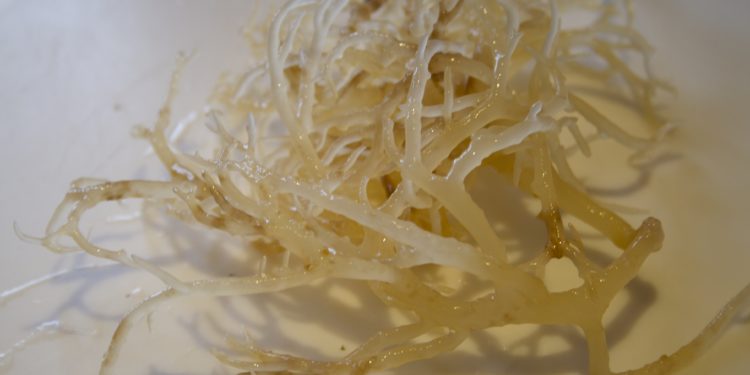 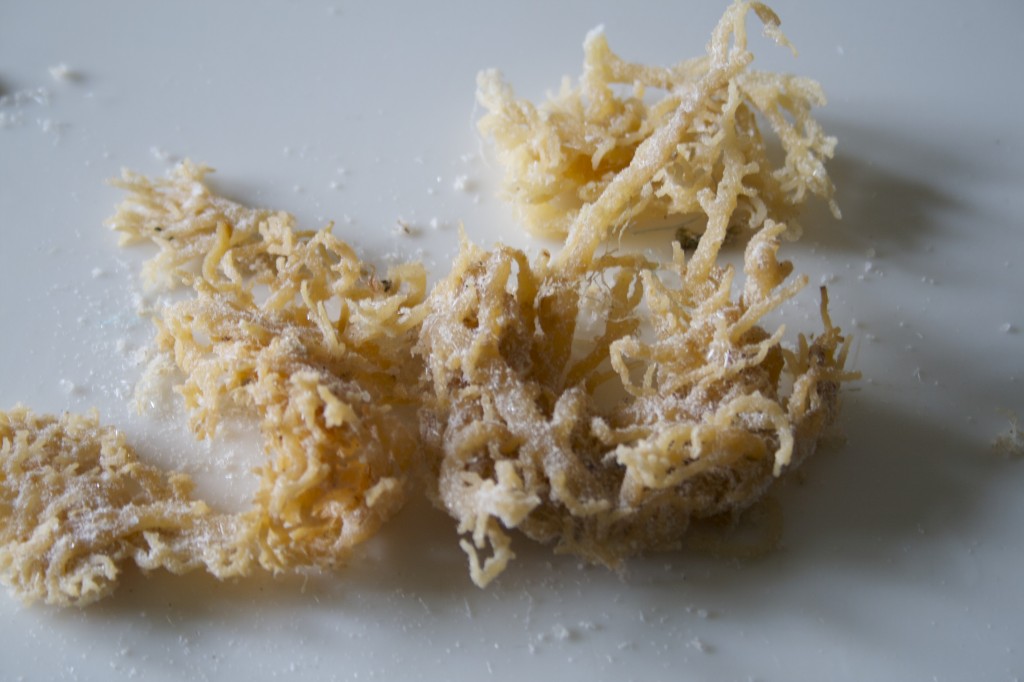 It’s about time I did another YouTube video, I think! It’s been quite awhile since I made Vegan Vampire Cupcakes or taught you How to Open A Young Coconut. I really am gonna make an effort to do more videos…especially with my new camera that I got for Christmas. I’m stoked about it!

I wanted to talk about Irish Moss today, as it’s a super cool ingredient and it’s come up in the news a lot lately. What is Irish Moss? It’s a seaweed! A red algae to be exact found in the Caribbean and on the Atlantic Coast of Europe and North America. It’s packed with vitamins and minerals, like all seaweeds. It has tons of iodine which may be why Irish Moss is said to be so good at detoxifying the body of radiation. Apparently, it can even help with a hangover because of all the minerals and salts that the hungover, dehydrated body is lacking. I will be testing this theory out for sure. 😉 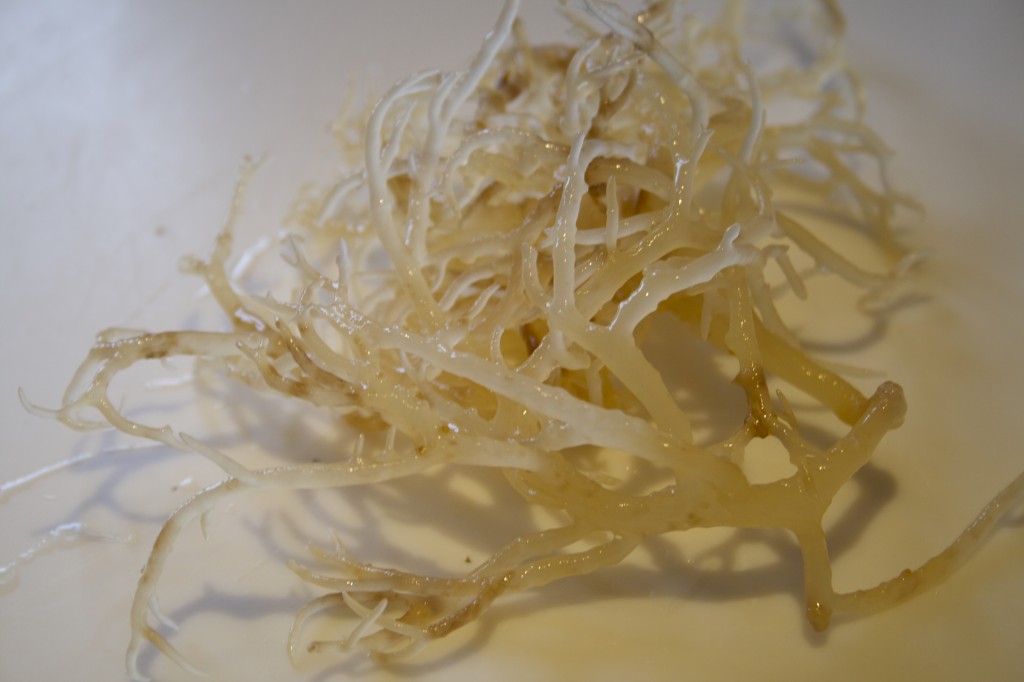 There has been a bit of controversy about that fact that it contains carrageenan. Let me address this a bit with my own personal thoughts, and hey, I’m not a doctor. If you think differently, so be it.

Okay, so it’s in a lot of stuff, but why is it so bad? Carrageenan has been link to allergies, inflammation, and even cancer. It’s said to really take a toll on the gastro-intestinal system, and if you already suffer from Irritable Bowel Syndrome or something like that, you really don’t want this stuff. Personally, I think it should be avoided whenever possible.

Having said that, I think the carrageenan in Irish Moss is fine. It’s in a natural and wholesome state- it hasn’t been processed and isolated from a whole, like it has when it is a food additive. Who knows what has to be done to take this substance from a whole food and separate it, and then add it to another food. I really think the trouble lies in the processing and that in a natural state, like that of Irish Moss, it is okay. I’ve never had problems when consuming Irish Moss. If you have, let me know in the comments! I’d love to hear some other thoughts on this subject.

Well enough of that! Irish Moss can be transformed into Irish Moss Gel and it’s an amazing ingredient. You can really transform foods with it. For example, making non-dairy ice creams, puddings, pies, and sauces becomes so much easier with this gelling and thickening agent. Not to mention how nice it makes my skin and hair feel! Lastly, I should mention that Irish Moss can be prepared by simmering on the stove top as well, but I’m going to stick with the raw food method below.

Check out the video below to learn how to prepare Irish Moss Gel, but I’ll write the steps below, as well. Stayed tuned for recipes using this magical ingredient soon! (Watch in HD!)

Remove from package and soak 1 cup of Irish Moss in a bowl of water for 20 minutes to let all the sand and debris float to the bottom of the bowl.

Remove the Irish moss by picking up out of the bowl and place in a strainer. Rinse well and get any extra sand or debris off.

Place in a container full of water in the fridge for 6-12 hours (I’ve left it over 24 hours and it was fine, too!) Be sure to change the water and rinse of the Irish Moss every couple of hours.

When fully ‘bloomed’ and slimy, place in a blender or food processor with water. You want there to be enough water to cover the Irish Moss. You can start small and add more if you want. Blend well until a liquid gel is formed. The mixture will be gelatinous as it comes out and that’s how you know you’ve done it right. You may even have to scoop it out of the blender because it will already be setting up. It will set up more in the fridge, though.

Store the gel in a container in the fridge for 2-3 weeks (the cautious approach- I’ve had it last way longer), or else freeze in ice cube trays.