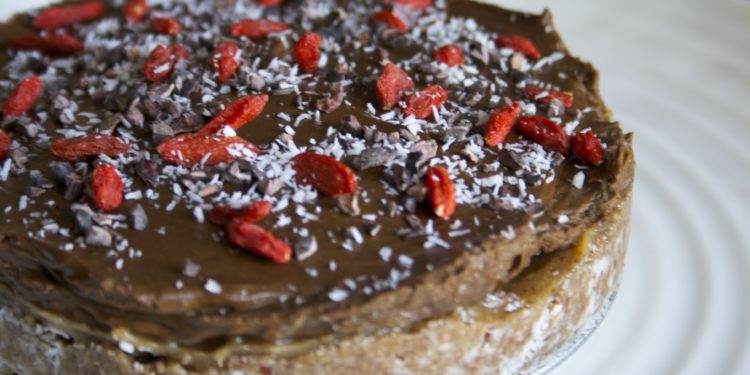 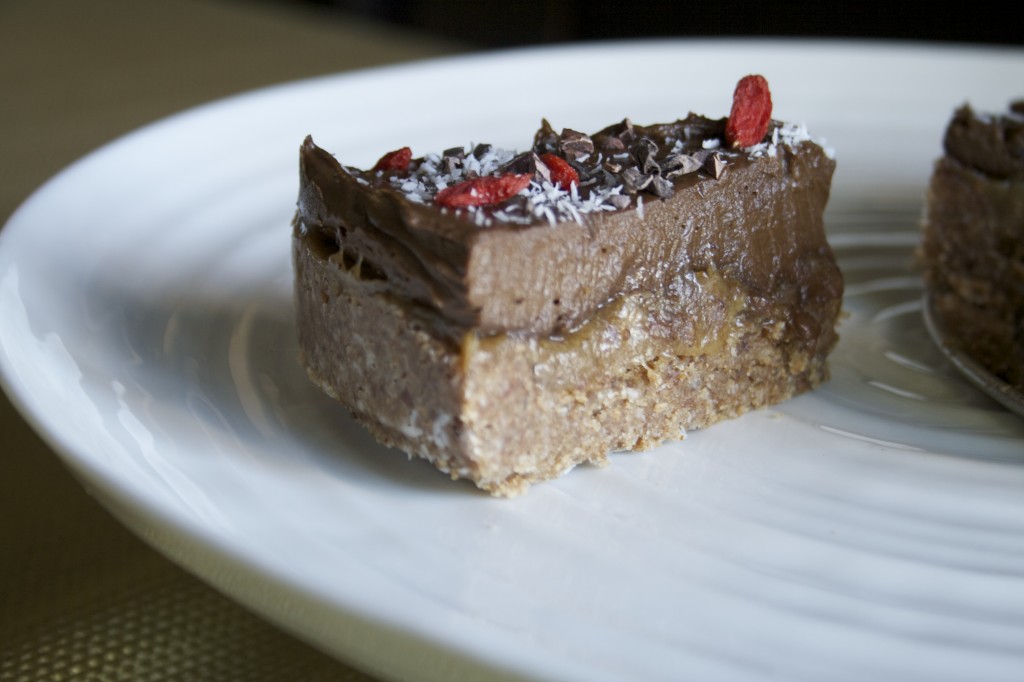 Sup ya’ll…I made a pie. It’s not a normal pie. It is a unique, nutritious, delectable pie. You will not believe what it is made out of…but try it, and you really won’t care anyway. You will just gobble it up! When I eat dessert, I really prefer a raw dessert. What I mean by that is that it will be gluten-free and dairy-free, completely vegan and free of refined sugars and flours. That way I can eat something totally decadent and even if it is high in fat or sweeteners, I can still feel good about them. I know that I’m not using any ingredients that are terrible for me. That’s why I so often choose raw desserts!

I’ve made the crust out of almond flour. Now, you can make almond flour two ways: one, is that you grind up almonds until they resemble flour (be careful not to go too far or you will have almond butter). Two, is that you make almond milk at home and you will be left with a bunch of almond pulp, which you can dehydrate until dry and then grind into flour into a food processor. I did the second method which is a lot less involved than it sounds. I’ll be sure to post a How To Make Almond Milk blog soon!

The caramel in this is made out fresh medjool dates. I can’t describe how much this actually tastes like caramel. It’s hard to believe there is no refined white sugar in it. Nature never disappoints.

Lastly, the chocolate part is made out of avocado. Yes, that buttery green fruit (?) turns into this chocolatey goodness!

You put all three of those things together and you definitely have a winner. Also, anywhere that I call for coconut syrup (also known as coconut nectar), you can probably swap in raw honey, or maple syrup. But of course, honey isn’t technically vegan, and maple syrup isn’t technically raw. Meh…use what you like!! 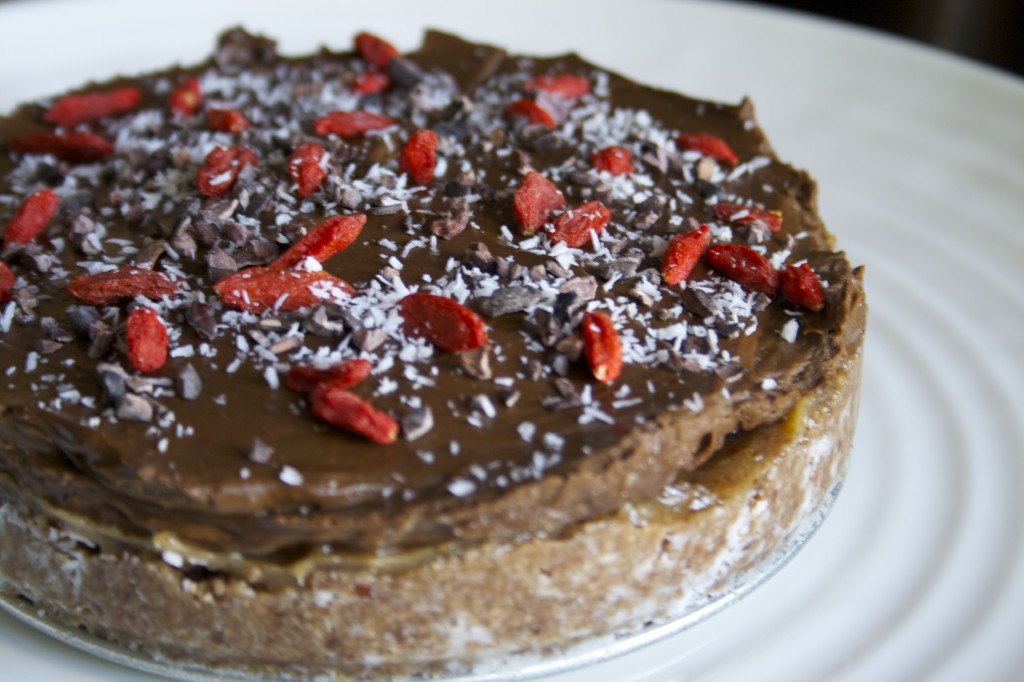 This recipe makes enough for one 6-inch pie. Double the recipe if you would like a bigger pie, although I find raw food desserts to be so filling that in general smaller portions are all you need. When it comes to raw foods, I grease my tart pans and pie plates and springform pans by a light coating of coconut oil and then a light coating of shredded coconut. I find this prevents any sticking of the crust to the pan.

I garnished this pie with shredded coconut, goji berries, and cacao nibs. Mmmmmm!